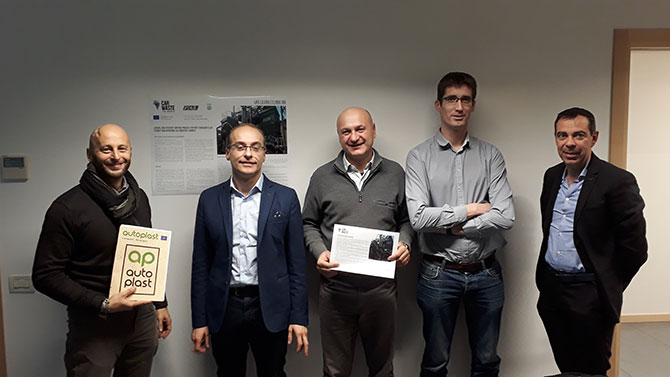 In January 2017, PAL got in touch with the Project Manager of LIFE13 ENV/IT/000559 AUTOPLAST, who read the newsletter of the CARWASTE and proposed a networking between the two projects. PAL put the link of the project on its website, on the "Contacts - Networking" dedicated page.

During the following months, PAL and exchanged many information and deliverables with the Project Manager of Autoplast, and wrote an article about this project on its website, on the "News" page. A representative of the LIFE13 ENV/IT/000559 AUTOPLAST project attended the Final Conference of the CARWASTE (held in Treviso on 13/12/2017), and exchanged many information with Libralato, Pinese, Renard and Pitavy.

The networking between CARWASTE and AUTOPLAST strengthened thanks to the interactions that took place during the Final Conference, and the representatives of the two projects agreed to stay in touch, exchange some deliverables and organize some meetings in order to establish possible synergies.